Last time I blogged, I rambled about the mundane tasks that go along with homeownership, but our list of to-do’s didn’t stop there. We had been ignoring our weed-filled brick path for months, so we finally set aside a Saturday to deal with it. 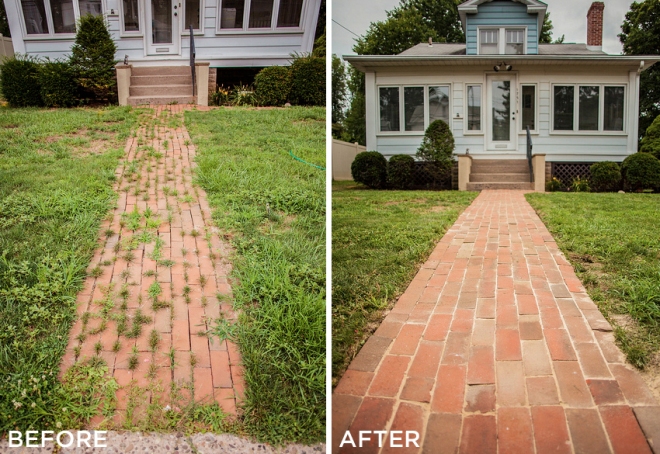 This meant lifting all of the bricks, putting down weed killer, chiseling bricks that didn’t fit the edges, and filling the gaps with sand.

When Pete took charge chiseling, I weeded, trimmed the bushes, and spray painted the lattice he built for the front of our house.

Then after that, around 6 p.m., we realized we had one last fence to remove in preparation for our new fence install. This bad boy:

About 5 hours later, this happened (doesn’t he look thrilled?):

Except it was still dark out, so we had to take an “after” shot of the concrete post in the morning. Our neighbors, who were having a birthday party in their backyard at the time, cheered us on as we finally pulled the fence post out in a state of exhausted hysteria. We thought that was the worst of it, since the other two posts we dug up weren’t so bad, but there was another post just like this one. So that’s what we ended up doing with our weeknights.

I think it was all worth it, since now we can take Betty White outside with the utmost laziness. Plus it just looks prettier.

Here are a ton of “after” shots of the yard with the fence. Harold, our lawn gnome, quickly got used to his new digs. 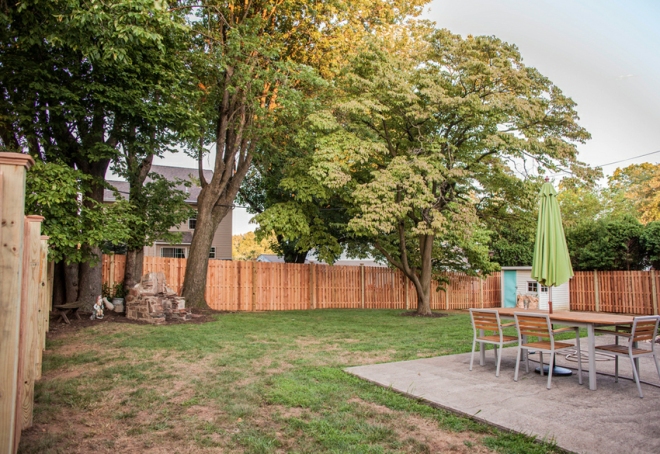 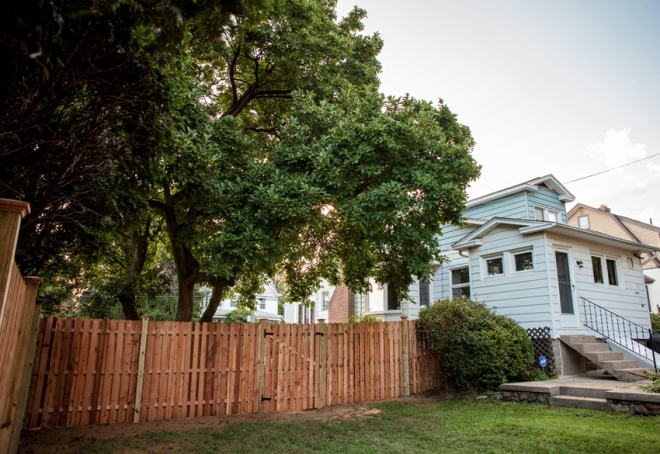 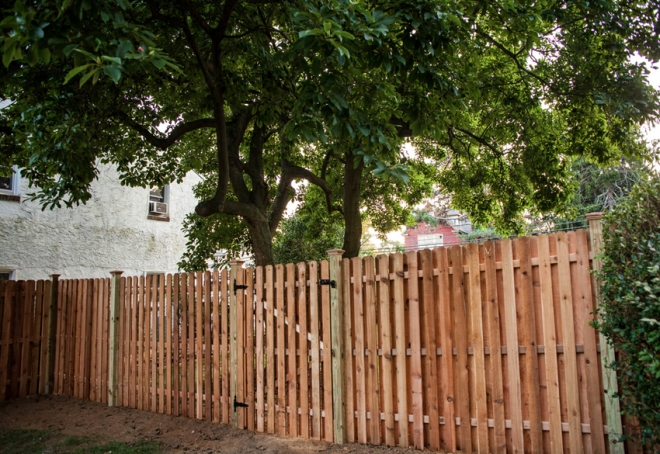 I felt the need to document Betty White’s first fenced-in bathroom break, but left out the photos of her going #2 (you’re welcome). 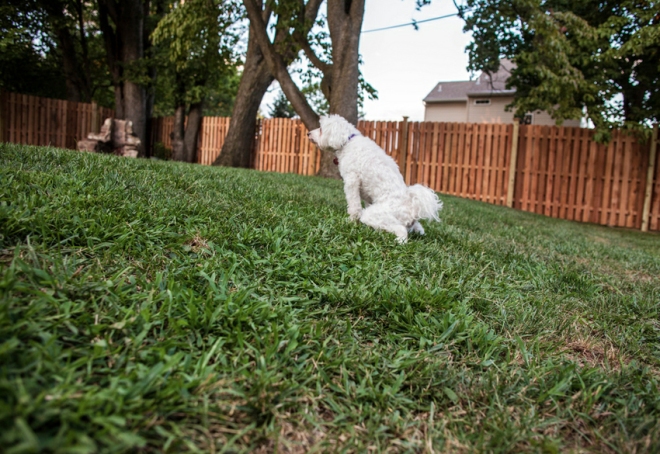 We’re pretty smitten with how good our backyard smells right now with all of the fresh cedar. It’s kind of crazy that we’ll be getting hitched back there in a little over a month.